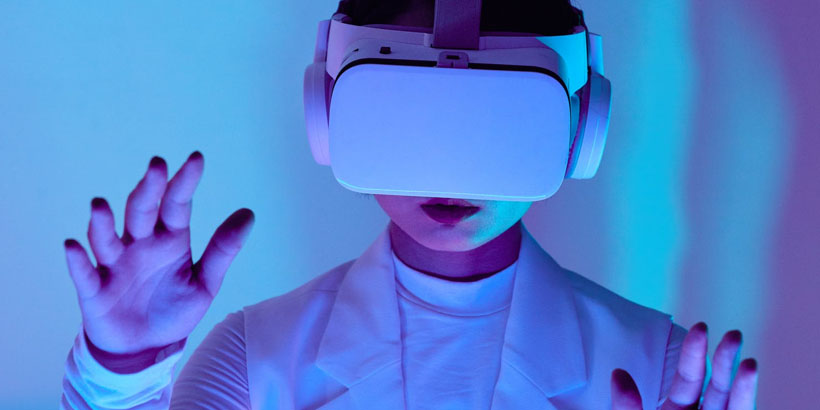 The equipment provides consumers with an immersive experience when playing video games at home.

The two most common items of virtual reality gaming equipment are controllers and headsets. Controllers give gamers the ability to immerse themselves in the game they’re playing by actually feeling like they’re holding a weapon or driving a car, for example.

Virtual Reality Headsets such as Oculus Rift are among the newest types of virtual gaming equipment. The device, which costs around $350, is worn like a mask and completely covers the user’s field of vision.

It provides gamers with an incredibly immersive experience while playing video games by transporting them to another world via their computer monitor or TV screen.

As advancements in technology continue to progress, so will the capabilities of virtual gaming equipment. For example, a company known as Nod Labs has developed a controller that can map a user’s entire body. The technology uses sensors to detect the user’s movements and responds accordingly.

With this type of advancement, gamers can now feel like they’re actually more in the game they’re playing.

Currently, there are only a handful of games that take advantage of the capabilities that VR gaming equipment has to offer. However, as advancements in technology progress and more games start utilizing virtual gaming equipment, we will see gamers clamoring for these games.

VR (virtual reality) gaming apps such as Virtual Battlezone are among the few virtual reality game apps currently available. The game is played with a controller that provides vibrations to imitate that you’re driving the tank in the video game.

As you are maneuvering through the battlefield, there is a time where you have to look out for incoming missiles. If you don’t find them in time, it could spell trouble for your tank.

The Future of Virtual Gaming Equipment

As technological advancements progress and more games begin utilizing virtual reality gaming equipment, the demand will rise accordingly. However, the order will only grow to a certain point at a time because this virtual gaming equipment comes at a premium cost.

As it is now, there aren’t enough games developed yet to justify the high prices that some of these devices are currently retailing for.

The future of virtual gaming equipment appears to be bright, with advancements being made every day. However, the demand will only rise to a certain point before it plateaus because currently, there aren’t enough games yet to justify the high prices.

Later, gamers can expect to buy VR equipment at more affordable prices as growing technology makes it possible for it to be produced at reasonable costs. Playing these games will open you up to a new world.